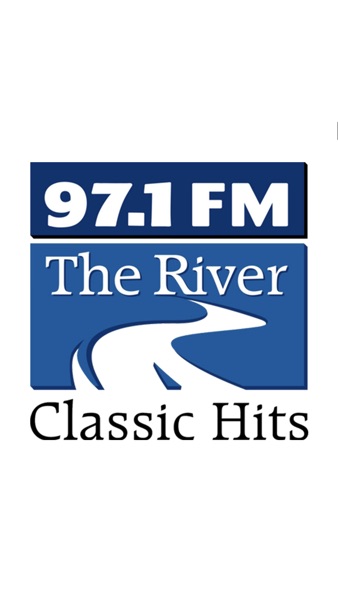 We're always working to build a better app experience for you. This update features new enhancements and fixes.

Download the app to:
– “Pick Your Block” – Tell us what songs should play during our Rock Blocks
-Win prizes
– Listen to 97.1 The River on your smartphone
– Sign up to get alerted when your favorite River songs are about to play

I have been trying to access the 97.1 app for several days using my iPad by clicking on the app or even trying to go through I-Heart radio without any success. I’ve even tried the website, no luck. Any other stations I try work. Alexa tells me she can’t connect. Are you having system issues? Please help…

Great station…and was listening to it every day. However, I now keep getting a “slow internet” error. I have no problems with my other radio apps. This is happening on multiple devices, multiple internet connections (different locations with high speed, 4g, 5G). If it would work, would be 5*s

App hasn’t worked in a week. Keeps saying I have a slow internet connection when my service is fine. Have reloaded the app and phone is up to date so it’s on the apps end.

Listen to 97.1 every day on my 3 mile walk. Last few weeks have had very spotty service on iPhone X. Used this app on my husbands phone and there was no problem. Even got a new iPhone and same problem. Have deleted the app and reloaded, no connection. What is wrong???

Overall a good app. I’ve had this app for awhile and loved it when y’all changed the way the app worked. Alerts do not work anymore. Would like to have them back.

Hard to use and doesn’t work most of the time. Rude employees as well.

Love the station. When the app updated, they took away the volume control on the app itself. Used to have it before. Always asking me for my location too. Just stop. It’s annoying. Would be five stars

Well you done it now this going to take some tech expert to fix. I’m so disappointed because there no radio station here locally that plays your genres. App won’t work with iPhone, starts and the crashes. iPhone is got a feature now where the music you got on iTunes starts playing automatically. I think that’s got something to do with your app starting and then stops does not completely freezes but it make the music stop. Then it says is on pause. I try disabling music on iPhone or just pausing that don’t work either. Your app will start playing live and then within 2 seconds stops them iPhone music restarts. When I go to 97.1 the river. Com it does the same thing. Too bad now I’m without your great station music. Station locally they may play a good song very 25 songs if you’re lucky. Why don’t you build yourself like something that can retransmit your station live. You’ll take over The airwaves here in PIckens, Greenville and oconee counties here I. South Carolina.

Love the radio, but since iOS 12 update, I cannot control app (play/pause and volume) at control center and Apple Watch, which was perfectly working in iOS 11. Please update app and bring back control center / watch control.

You know, there was more music that was classic. Do find some songs on here that do not get air time,; some of the time.

They’re lucky I like most of the songs on here despite them having a depressingly low variety of songs lol. I don’t want to hafta pull up YouTube for what I actually want to hear. I guess everything does what it’s supposed to do, but when I clicked on the “more” option, I accidentally clicked “login with Facebook” or something like that; I then accidentally clicked I don’t know what trying to get out of Facebook and it led me to this “Janrain” site and I CANNOT seem to get out of it!!! It’s so troublesome because it just about takes up the whole screen and will NOT go away no matter what option I click at the bottom. The only way I can get rid of it for a bit is to click on the “microphone” option. I need help ASAP, because I have a number of songs I physically NEED to request lol

Love the station and that I was able to find it. I believe it is the only classic rock station that I know of in GA. I love the app! It is much easier than listening on their website. My one complaint would be the lack of variety when it comes to music. I usually listen to this station everyday and at times I will hear the same song that I just heard yesterday. It is almost as if they play the same songs by the same artists without branching out to other hit tracks by these same artists.

They play the same songs by the artists every day!! Why not have a no-replay work day like you had in the distance past? I gave you 3 stars only because you are the only classic rock station in GA!

Awesome rock and roll. I enjoy the classic rock.

Gets me through long nights at work.

This channel has deteriorated into yet another extremist political commentary. The morning show is unlistenable because of this. Deleting app, deleting channel from preprogrammed list in car. What a pity. Complete crap

I love the river, the other rock stations are terrible. But this app is so slow! Takes me like five minutes to vote for a song