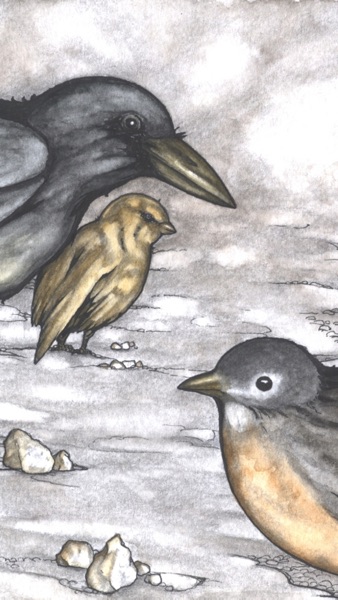 Bug fixes. If you enjoy this game, please leave us a written review. It really helps!

Lose yourself in the depths of a tormented psyche and try to find the logic to the night terrors in this haunting text-based multiple-choice game.

The story wasn’t horrible. But I finished it in 10 minutes with really no alternate endings. Don’t pay money to remove the ads it’s a waste of money. No replay value just a short quick fix.

This was a nice little story that required some minor thought before choosing an action. The writing was well done and the idea was unique. It's good for a quick fix. I would have loved to see it more in depth and expanded to allow for more complicated decision making, but I still enjoyed it.

Not much to this "maze." I was done in about an hour and I'm pretty sure there are no alternate endings. Writing is not bad but this needs more content.

One of the least satisfying games I have ever played. Additionally, it combines two of my pet peeves. One, grammatically precise writing instead of good writing. Two, an author who thinks he's (she's? really, who cares so long as I'm not obligated to read more) profound. Kill your darlings, darling. Kill your darlings. Like other reviewers, I find it deeply dissatisfying that I am obligated to play this game as a heterosexual male, even though I am male. Choice of Games does such a wonderful job of avoiding this in many of their games; it really should be a mandatory quality of any product they produce so those of us who care can know what we're getting.

Good but Frustratingly buggy. Very nice concept, and very abstract, but in the hospital scene, it says I have reached 100% fear when it is only 55-65%. This is very annoying, as I would like to see the ending of the game.

It's a good and well designed game, but I only get to part with the cat that's supposed to be my wife, then I wake up and the cycle happens again. It's an infinite loop. I still really love the game and it was very scary! :-) I love your games, and hope to see more in the future. Four stars!

tl;dr: too easy and too boring (at least it's short and free). The choices that led to the best ending were too obvious. You can beat this game in less than 10 minutes (depending on how fast you read). The choices you make also had too linear an effect on your stats. There was nothing complex about this game at all, even though it was trying to be "insightful." (Also, maybe I've been spoiled, but I also like games where I don't always *have to be* a heterosexual man) If you're desperately bored--like I was--and like the interactive fiction game genre, then sure get this game, because, hey, it's free. But do not pay for the no ads. It's a game you'll finish in a snap, and it has no replay value. If you're looking for a good, or even just okay, quality game, look else where; do not waste your time. Overall, this game just sucked.

But not the way I hoped. I gave it 3 stars, instead of 1, because it has some degree of interesting ideas - but not that many.

The story is extremely interesting but I can't even play it past a certain point shortly after the hospital scene. I've reached 100% lucidity and around 65% fear by the time I reach that point, but every single time I get there, it says I reached 100% fear and the story ends.

This was a really fun, disjointed, horrible dream that I felt completely drawn into. The game is short, but very satisfying once you win!

text should be a little bigger

In my opinion this game was great. The story is good and kept my interest, It was a little easy but it is definitely worth trying.

A very interesting fun game that keeps you busy and gives you a story for a short little while.

Just got 100 Insight and Lucidity in on first try with only 55 fear!

Just one bizarre nightmare after another, till I just couldn't make myself play any more.

There's a glitch that the game tells you that your fear is 100% (which prevents you from seeing the whole story) even though when you look at your stat it is lower. Would rate this otherwise very enjoyable game a 5 star if fixed .

The idea for the game is nice...like the old choose your own adventure books, but the programming is flawed. I get to 100% lucidity and 65% fear and the game says I reached 100% fear so The rest of the story won't be revealed to me. Perhaps that's the real nightmare?