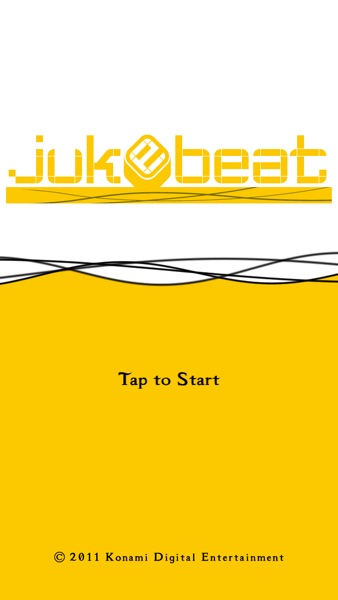 This app has been updated by Apple to display the AppleWatch app icon. ◇Bug fixes

Check out jukebeat, a music simulation game like no other, and see how addictive tapping to the beat can be!

The rules are simple!
Marker(s) will appear on the grid in time with the music.
When the marker has filled out the tile it’s on, tap it for the most points!
The better the timing, the higher the points!

Keep a lookout for additional, familiar favorites that we’ll be releasing through updates!

PLEASE PLEASE FIX THE STORE AT THE VERY LEAST. I want to be able to redownload my dlc on my other devices. Maybe even purchase other packs too :(

Is the store ever coming back??? Unbelievable.

After upgrading my phone, the app still opens, but due to errors that seem to have persisted for a long time (based on a review from last year), previously purchased songs cannot he redownloadsd and new songs cannot he obtained. So at this point, all that’s available is the demo.

I have songs purchased for this game and I can’t access them because the store is indefinitely down for maintenance. Thanks Konami!!

I just downloaded this app and there’s no sound at all. Why?!

I guess this game is abandoned?

I can't use the store. Please fix it.

The buttons seem to be off on the iPhone XR - you have to hit above the box to actuate it.

i enjoyed the game 3 years ago but on the new devices the touch areas are way off the squares so you cannot play the game unless you train yourself to know where to touch the screen. the boxes are 2+inches away from where you need to tap

The touch screen can’t be recalibrated so I literally can’t play the game, it either read the inputs wrong or just doesn’t at all when I play the game.

Look for something else. KONAMI doesn’t care about US version of Jubeat anymore. So sad to see my favorite app is dying like this

Sad. I bought this on my iPad awhile back and recently got a new iPhone. It refuses to let me redownload my previously purchased song packs.

Cannot re-download purchased packs after getting a new phone. No tech support is available to help.

Played this game a whole lot when it first came out and just recently remembered it. Downloaded again and tried to purchase a pack but I can’t download it or restore purchases. I see others have this issue too. Please don’t steal my money and not give me anything of what I payed for

Purchased a music pack, can’t download or restore my purchase.

Loved the original arcade game and was super jazzed to find the mobile version, but there’s no way to calibrate the touch in the grid screen and everything is really off, so it’s literally unplayable for me. My boyfriend managed to play on his iPhone 8+ without issue though

I have well over 150$ into this game and with a new device I can no longer restore purchases or even buy new song packs. Contacting support resulted in being told they don’t know what game I am referring to and to submit a request via the in game inquiry button, which doesn’t exist. I love jubeat and it saddens me to say Konami clearly doesn’t care about overseas customers.