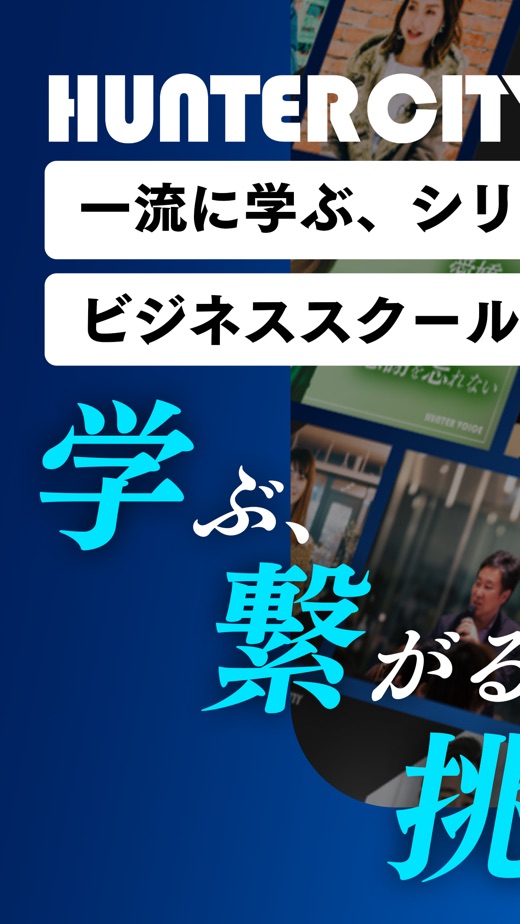 ・ Partial modification of the map function

All content in this app is original.
We develop more than 100 ready-to-use skills per year in collaboration with top-notch personnel working at GAFA and other top companies.
By fully utilizing our network in Silicon Valley, where HUNTERCITY is headquartered, we have been able to achieve an unparalleled quality that no other company can imitate.
The content of this course will satisfy not only those who are going to start their own business and those who are looking for a higher grade of employment, but also salaried employees and presidents of large companies.
I want to start my own business in the future.
I want to drive my own business.
I want to take my career to the next level.
You can also watch collaborative videos with former Google, Stanford, Morgan Stanley, and 100 billion dollar IPOs.
You can also watch the collaboration video.
Profile of Hikaru Tomura
CEO of hackjpn/ Moved to Silicon Valley after graduating from high school in Japan in 2013.
In 2014, while studying at California State University, he released Silivareship, which makes it easy to find an internship in Silicon Valley.
He also has experience in launching the US expansion of ChatWork (listed for 50 billion yen) and working for a San Francisco-based investment fund (which was sold to Google).
After that, he founded hackjpn in 2017.
He is currently involved in datavase.io, a service that evaluates domestic and international startup companies and investors, and HUNTERCITY, a Silicon Valley-style business school.
His clients range from major corporations to government agencies and startups, and his services have been adopted by about 2000 companies.
He is also a member of Shochiku Geijutsu Bunkajin (Shochiku Entertainment Culture People), and provides economic information for Forbes, Business Insider, TV Tokyo, and TV Asahi.