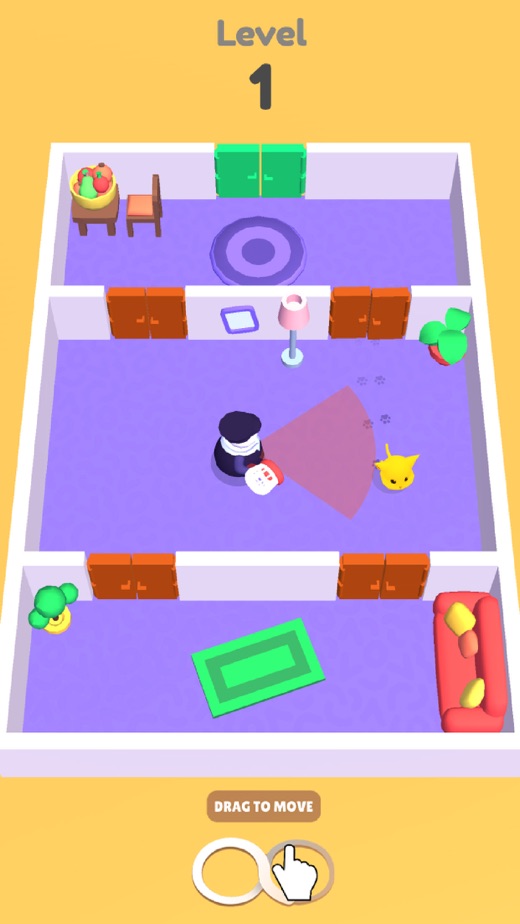 • NO KITTEN AROUND! Only above average IQs can solve all puzzles!
• Enjoy purr-fect graphics and steer your cat to victory!
• As levels go by, it gets increasingly harder – STAY PAWsitive!
• Fur-real: Distract yourself with the best game on the market!

I really love it! It’s the best game ever and perfect for a road trip cause it needs no internet anyway I really like this game and I love collecting the skins and trails I’m collecting them all!!!

Paid for the in-app option to remove ads. While this did remove bottom-of-the-screen and interstitial ads, one is required to watch ads in order to claim the prize at the end of each level. This is idiotic, dishonest and likely not allowed under Apple’s rules.

Y’all this game is awesome!

I was playing this game for a long time when suddenly, when I put the game on, the screen would go black and then when I tried to get out of the app it wouldn’t let me and I couldn’t play anymore 😤😤😤😤😤😢😢😢😢😢 I hope you read this

I love this game. It’s one of the best ones ever! Y’all have to try it out:)

So good so far

So it’s super fun!! I’d give it 5 stars for fun, but the levels just keep repeating themselves after I hit about level 60. I do the same 15 or so levels just on a loop even though it says I’m on level 510… it’s really annoying that they haven’t been different

I love cats and this is so much fun!