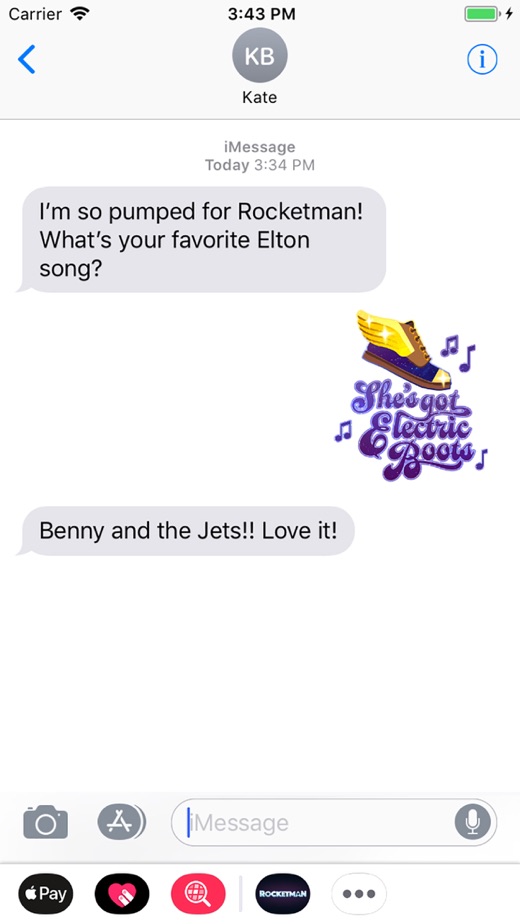 How to Install Stickers:
Access iMessage apps—Tap the App Store icon beside the chat field to see your most recently used iMessage app.
Find new stickers—First tap the App Store icon, then tap the 4-ovals icon in the lower left to bring up the app drawer. Then, tap the + icon to access the Store.
Use stickers in chat—Tap to send, or touch and hold to put stickers on top of a bubble, other stickers, photos, and videos.
Apple Watch (iOS 3), iPhone & iPad users (iOS 10)—Transform your chat with animated stickers! Earlier iOS versions and other platforms will see static stickers in chat.

These stickers are really nice. Can you please add like some of Elton's boot and crocodile rock thank you