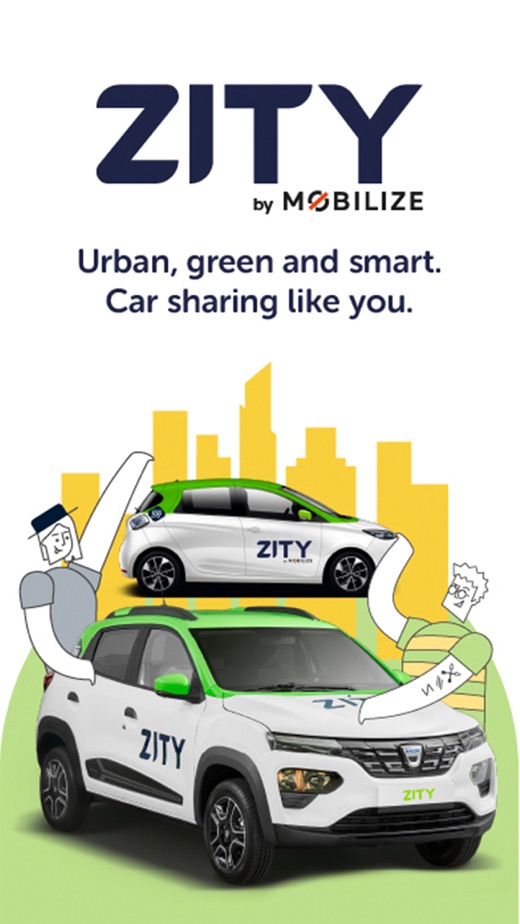 Hello ZITYzens, in this update we introduce improvements in the application's performance and in the customer experience.

A car always available for you with enough space and fares that fits to you and your needs. Find the nearest car from the app.

Reserve it, open it and close it from the mobile, without keys, without complications. Report the possible existing damages from the app. Free driving, park for free in regulated parking zones and enjoy of higher range.

And, if you want to do stop and want to keep your ZITY, turn on Stand By mode. It will be like pause your booking. And that way, you will go shopping, go to the movies, or make arrangements quietly with a special very reduced fare. Now, car fits to you and to your need, this is Flexible Living, Flexible Driving, this is ZITY!

The app does not work, it will reserve a different car on the other side of the city. Reserve non existent vehicles, will not open or close. It’s a disappointment. Please fix it

We signed up for this app while visiting Paris, thinking it would be a better way to take a day trip to Versailles (avoiding masses of people on the train during Covid), and would also allow us to make an additional stop at Giverny (Monet gardens) before going back into the city. While we eventually accomplished this, it was not without significant hiccups and about 90 min delay. The first car we headed for was about 800m from our hotel. When we arrived at the address there was no car in sight, but we shopped an underground garage, where we found three three vehicles shown on the app, all plugged into specially marked zity charging stations. Problem was, due to being under ground, the app thought we were 140m away, which is too far away too start the car. When were tried calling customer support, it took for calls to reach an operator who spoke English (when we asked "parlevous anglais" the others either just said"call back" or the French version of that. The operator we reached said we could not take the car from the garage as we would have to pay the parking charge, so we walked another 500m too the next nearest car. This one too, was not on the street, but turned out to be located under the bridge, in the river (??). So on another 3 blocks or so, we finally actually see a Zity car parked on the street! Joyous, my slim daughter pulled the car out of the tight space (there was no way I would make it in the door), and while it did not have the full 90-100% charge we wanted for our day-long trip, we decided 80% would do (it did, barely, we watched the range the whole trip and did without AC for a while to conserve energy). The car was clean but not without scuffs and small dent which we documented in the app and took photos. We had no trouble on our trip until we got back to our hotel. We put the car in standby in front of the hotel while we went in to ask if it was ok to park in the hotel-only space on the street. On returning to the car, the app suddenly decided we were actually standing 4km away from the car and would not allow us to open it to remove our bags and terminate the rental! So we asked our hotel clerk to call Zity, and after some conversation, incl. questions about what type of phone we were using, the agent on the phone was able to remotely unlock the car and we retrieved our things. The car was picked up by the Zity valet within a few minutes. Final bill: 35€, no fuel costs. Less than half what a normal rental car would have cost us. Final verdict: needs work. I would use again with lower expectations and the hope that the problems we experienced have been fixed. But I am the perennial optimist 😁

If you are visiting Madrid - eMobiity sharing makes it simple - this car was easy to operate and clean. App worked well for my use case