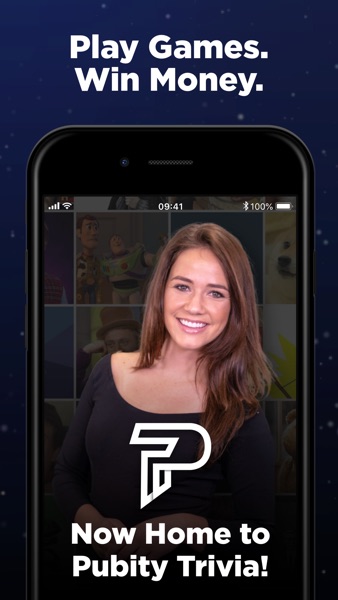 The Q is a live trivia game show where users compete against the world to win real money.

Contestants tune into the game when the game is live and answer real trivia questions with a live host over a certain number of rounds.

The winners then split a cash prize at the completion of a game.

*Prices are equal to the value that “Apple’s App Store Matrix” determines is the equivalent subscription price in $USD.

They don’t pay out

Even if you win their minimum cash out amount, they won’t let you cash out.

This App has not have any live streaming trivia for since last year in the Fall 2020.👎

Why play if they don’t pay

But they won’t pay you out when you reach $25. The app when it started just never caught on like HQ did. And now belonging to the club that they do not payout is another bad sign on this scam.

After waiting 6 weeks for my $25 cash out, I used the in-app chat to ask where my money was, and got banned a few days later. I never violated the TOS. I did cash out successfully once, a couple years ago. I’m not sure what’s changed since then, but they should no longer be trusted. At least I never signed up for the “premium” membership that charges a weekly fee.

I have been waiting for months for a cash out. What is the point of playing for money if you don’t receive the money.

There is no support for this game at all. I have t been able to answer a question since The first or secibg time I played and support won’t answer me.

The quality of the games has been terrible of late. They keep trying to change the format, which just delays the games and they encroach on times for HQ Trivia and other apps that have 9 pm shows. I’d rather play HQ 100 times out of 100 if I had to choose.

This game used to be fun when the prizes were $500-1500. It was challenging but exciting because you had a chance to win a few $$$ even if you had to split it with several people. Now the prize money went down to $25-50. Even if you won you still have to split with others and if you’re lucky might end up with $.20. Not worth the time it takes to play.

They prefer to pay for fake five star reviews than the people who won the money fair. I requested cash out about a year ago and still didn’t receive anything! Would give this a cero star if there was the option for it!

I stopped playing the Q after they stopped paying me months after I cashed out my ever-increasing balance of over $169! If they finally pay out the balance I earned / won Fair and square, I will resume playing the Q...

No real games this app is a fake

I requested cashout last May of 2019 it’s now February of 2020 and I have yet to see any of the money in my account. I was a loyal player and was able to cash out twice previously. Every I look people say they pay twice and then stop. I’ve never done anything wrong so I don’t know why I am being treated badly. I’m on disability and I really needed the money. I play off and on for fun (despite the glitches) because I need my trivia fix lol I just wish they would give me my money.

The game has gone from six days a week to once or twice a week and They haven’t paid out in months despite several requests.

I used to play this game but now the prizes are so small and payout so low that it’s not worth your time. I no longer recommend this app. I like HQ with over 100K players and large prizes. I have won $3.59 on The Q but you can’t cash out until you win a larger dollar amount. I predict this app will be offline by the end of 2020.

Free play model is the only model for this entertainment service.

Where can I start? This app is the worst app ever. It’s a SCAM. AND IT’S ILLEGAL. First off: THEY DO NOT PAY THEIR WINNERS. All they rely on is for people to “subscribe” for $5/week to play games where they will win money. I, being a victim of their scams, won $40 in September and HAVE YET TO RECEIVE IT. Many other reviews state the same thing. Secondly: the host does not sound like they want to be doing this. Their voice shows no tone and it really just sounds like they are reading off a script. As well as if many players get eliminated, the host will say “Everyone knew that, that was a very easy question” Thirdly: what The Q is doing is breaking many TOS rules and legal laws. If you go to their site (theqtrivia.com) it will automatically redirect you to a prize scam report from the FTC. This continues into my fourth reason. Fourth and lastly: The Q is buying 5-star reviews. Surely this app would have a 1-2 star rating, but The Q’s shady employees could not bear to let that happen despite deserving it based off all the scum they have done. Read the recent reviews between May 10-13. They are all 5-stars and have descriptions that make zero sense. Such as “optimized controls” and “animations are smooth and fluid.” So to conclude, DO. NOT. DOWNLOAD. Instead, REPORT IT TO THE FTC / APPLE / GOOGLE PLAY. The app is a SCAM and it needs to be GONE.

They ignore their players and don’t pay out at all. Prospective customers be aware of these scam artists

Although there is a support chat and Twitter feed, I have never received a reply to my inquiries dating back months. Games are cancelled several times a week with no explanation. They have no problem taking my payments each week however. Subscription cancelled.