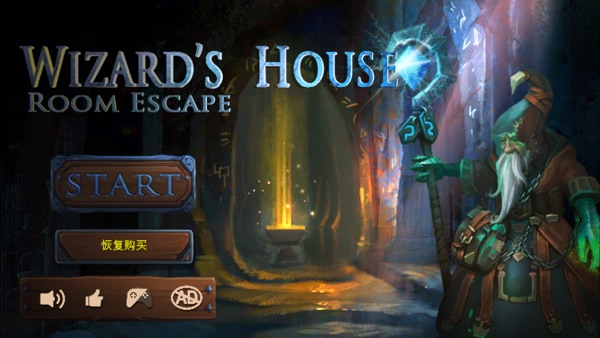 Summer vacation day, is playing the game you fall into another world, here is a familiar and unfamiliar world, you need to constantly explore, find, think, poke heavy fog, find ways to win the dragon, in the wizard Help back to the real world!
* This is a high-quality 2D decryption game, from the aesthetic scene and mysterious atmosphere, coupled with the story of the rich twists and turns of the mysterious world.
* Once you enter the game, your wisdom will be the only weapon. Want to find this world hidden mysterious force, only to solve the puzzle, reveal the mysterious power behind the truth!
* Perfect hint function that allows you to enjoy the game with ease

Seems like an interesting game but adds pop up during game play and way too often. Can’t pick up items without tapping vigorously. Mostly the adds are annoying and prevent game play I have to delete, it’s more nerve racking than entertaining.

Seriously awful translation to English. I couldn’t follow the story.

Ads are literally popping up every two seconds! It is very frustrating and has made pushed me to having to delete it!

Only downfall is it not saving during the room search.

Paid for No Ads. Played it for 15 minutes and threw it in the Trash Can! Another piece of trash from China or Japan that completely butchers the English language. This game is low budget garbage. Don’t waste your time.

The game is ok but there’s way to many commercials and if you leave the game and you don’t finish that room you have to start the room all over again.

Bug on level 3 - can’t get black powder in bowl to mix and get fire, which means I can’t pass this level, which means delete. I redownloaded but the problem was still there. Even with the broken english, it was ok up to that point though(sigh).

TONS of ADS, levels start over before you complete them if you leave the game for too long, some of the puzzles don’t make sense; had to go to walkthrough on YouTube several times. Overall VERY IRRITATING GAME, and an utter WASTE OF TIME to download.

I enjoyed this game. Only once did I have to watch a few videos to get a hint for one level. The storyline was impossible to follow for an English-speaking person though :/

The game is ok. As a result of being free, it has constant ads...I don't think that you can go for 5 minutes without an ad popping up. And in order to get just ONE hint, you have to sit through......yep, you guessed it....even more ads...FIVE to be exact!!! And considering that most levels have at least 5 hints, that's a whole lot of your time wasted watching ads. So, the English is lousy, which makes the storyline make no sense, an excessive # of ads, and it glitches, to boot!!! Especially on either level 4 or 5. I had to restart that level numerous times. The only reason I gave it 3 stars instead of just 1 is that the puzzles were more challenging than some other games. So, if you don't mind watching a ridiculous number of ads and restarting a level every 10 minutes or so, then it's worth downloading. Oh, and at 7 levels, the game is ridiculously short.

Can't find the actual walk through

Entertaining, makes you think more than other games.

The ads drive me nuts, but overall I like the game.

The game is fun and intuitive. I like that if you do things out of order it doesn't stall the game.

Played some of the game and quit. Came back to it and had to start over.