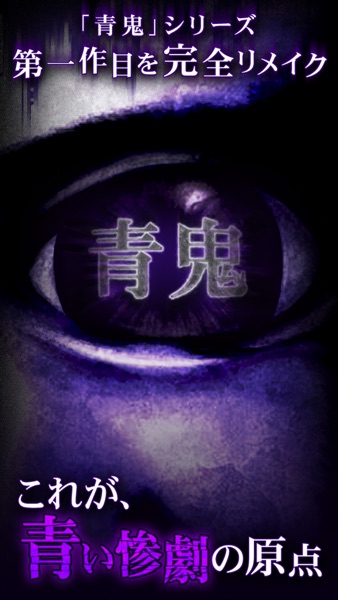 A big hit horror game “Ao Oni” came back.
Do you want to know the real horror adventures?

The last time I played this I swear it could turn into English something like that.I can’t read it and I’m stuck on the literal first thing

It’s great and all but first of all there’s no English language. I know that this game was made in Japan but it literally says English and 4 more!! I think that this game is nostalgic and it is Ao Oni recreation but the old one has English.But this game is very fun and has a good backstory.

I love the game on pc but it doesn’t translate the language in this app. Please fix this.

Cannot read Japanese make a Button to turn it to English

This is game is great, it really is, but I don't speak or read in the language in which the game is presented in, could you add a language setting? Like English, Spanish, Russian, Etc. So that I can read the text that appears on screen? That would be nice.

i want to get ao oni online but it doesent show it in america and im on iphone i really wanna play it please allow it on iphone and it should have a variety of languages so i can understand the game.Thank you!

I just started the game but in the settings I can’t see a button to change the dialogue from Japanese to English and even though I took a Japanese class, I still can’t read or translate the text to English. The gameplay is still amazing I will give props for that. The heartbeats in the title really fits the game’s atmosphere and it controls really well.

I love the game itself, if only it had English options

Other then needing a way to change the language to English the game is great.

English please!!! I don’t understand anything.

Love the game and it's well adapted to the mobile but needs English version!

Great app, love Ao Oni, but it's a bit buggy and should get ads reduced

The game plays well and is a faithful port of the pc version but needs proper English in game like AoOni2.