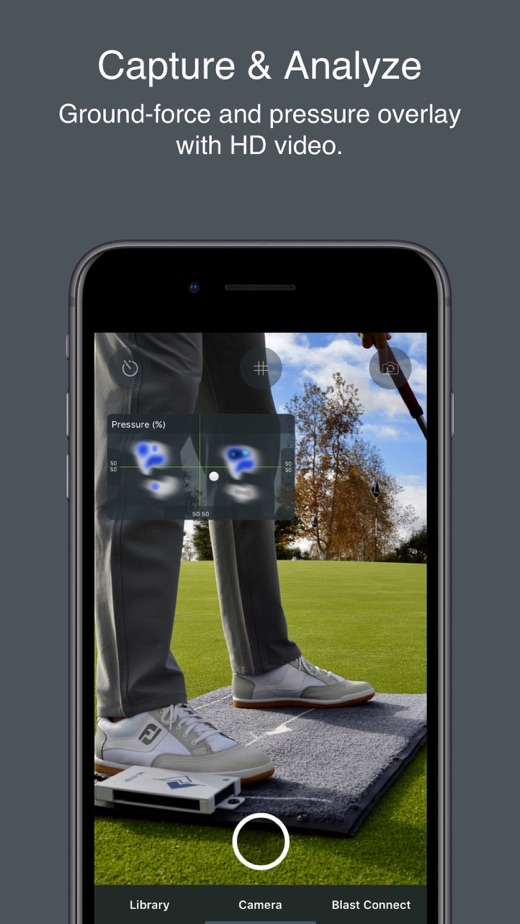 The DASH app captures high-speed, HD video overlaid with BODITRAK force & pressure data to maximize the analysis of an athlete’s ground mechanics. The app’s video scrubber allows the coach to quickly review an athlete’s actions on video, while the app’s integrated drawing and voice recording tools allow the coach to personalize the video analysis for remote coaching, real-time feedback, or upload to the BODITRAK DASHBOARD* with one touch from the mobile app.

** BODITRAK MAT sold separately. The force & pressure mats are accurate, wireless, and portable sensors that capture an athlete’s interaction with the ground in real-time.

Highly recommend this app to all golf coaches. Makes communication and organization so much easier. Easy to use and saves tons of time. Help your students get better faster! Andy Miller Director of Instruction LedgeRock Golf Club Mohnton, PA

I've been using the new Boditrak Dash app everyday with my students. The Boditrak technology has alway been at the forefront of my teaching but now the app is a huge leap forward. The ease of use is out of the world. I find myself not only using it for pressure mat information but also just video captures when the mat isn't even on.

This Boditrak app really allows me to see and adjust my game in real-time. Also allows me to save and view these metrics overtime. Total game changer.