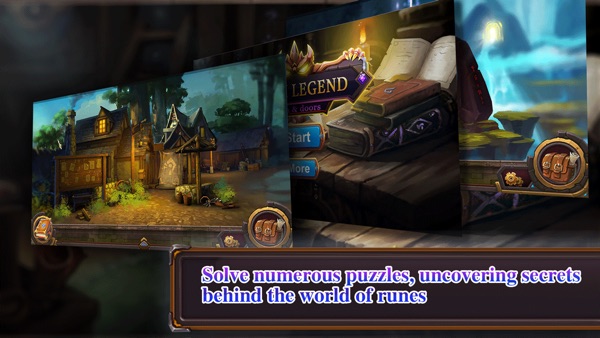 This app has been updated by Apple to display the AppleWatch app icon. 1:Optimize performance.2:Modify the last close button click on the BUG

Classic Room Escape: Escape from the mystery tower, and challenge the most creepy room escape game in history (official classic version). This will be another classic puzzle game of room escape type, the classic of classics in 2016. It is very challenging for gamers who should never miss it!The purpose of the game is to escape from so many rooms in mystery tower that makes you cannot stop thinking but just solve puzzles and find all hidden objects and finally enter the next layer successfully. It will test your intelligence (including abilities of observing, judging and computing) all the time. Let’s escape together.Humanized prompt function and smoothly pass levels without any costs. Enjoy yourself in this fun, addictive, free and popular intelligent game!Addictive little puzzles! Gorgeous images and various tower rooms with different theme! Continuously updated rooms!Don’t miss for any room-escape gamelovers! Speed to try!

The games ok not the best I’ve seen.

Write a review after one level?

Could have been a good game if it didn’t crash on the second to last level. It wouldn’t let me do the puzzle with the cross so I closed it and opened it again and now i can’t get it to load. :/ p.s. I’ve played this before. I don’t know if they stole it from another developer or if the same developer just put it out again under another name. I hate that

I hate that it won't let you continue without leaving a review.

I don't have anything to say yet.

I agree with everyone, to write a review just from playing 1 level isn't fair. By the 2nd or even the 3rd level should give us enough gameplay to give a review. Click on "cruel" to go to the next level of the game. So anyways, the game is beautifully done, but tapping every single part of the screen isn't fun. The challenges are difficult to follow/understand and it needs clues/walkthrough, but paying for it, is ridiculous!!

Just started the game but so far I like it really glad it saves progress! Although I really hate being forced to write a review in order to play . What a pain in the neck ......!

I don't know why, but there are A LOT of games that are rereleased over and over again under different Chinese names. This is one of them.

I'm not a big fan of being asked to write a review when I've just begun to play. But here it is anyway. Its very pretty and well put together. And now I have the same issue as everyone else. The review screen wont go away. Removed from device. FIX YOUR APP!

I unistalled it because i already did all this now i cant get the rate game screen to move it stays on the screen. Idownloaded it again and still have the same problems this is stupid