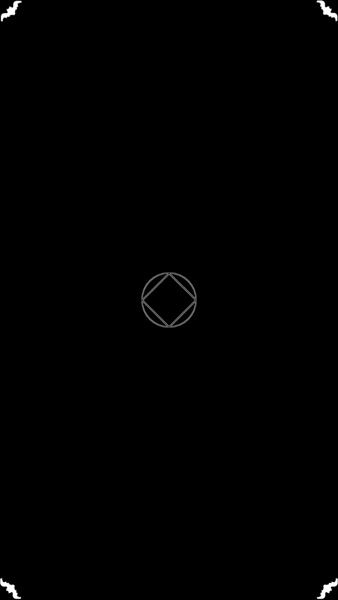 Bug fixes. If you enjoy this game, please leave us a written review. It really helps!

• Experience a world filled with monsters.
• Study an occult text.
• Romance various monsters and demons.
• Develop your athletic prowess, or become a bookworm.

The writing, while simple is compelling and interesting, the characters are as well. I wanted to get to know them and build friendships etc. If you spend enough time with a character, you can choose to go to the halloween party with them, and get a different ending depending on the character. I’ve done this with elizabeth and malka. unfortunately, if you don’t choose enough events with any particular person (6 total per person) you aren’t able to choose anyone and the story abruptly ends. Also, I tried to do all of roxanne’s events, but was on out able to do 5, and the game wouldn’t let me go the 6th.

Loved playing, however I found it very sad when I was no longer allowed to play without paying for the full book. I became engrossed with my character and her skills/relationships/personality. Really wish I could’ve kept playing. So it’s gonna be only four stars for me.

While the game definitely has narrative and technical issues (like other users have already covered), I did genuinely enjoy playing this and creating characters to romance the love interests. A sequel would be nice, but I’d honestly just be fine with having more supernatural slice of life style choice games in general. Side note, I also appreciate being able to play through the story without it begging for my money.

Honestly I really wanted to give this 5 stars. The story is amazing, the mechanics are great, the characters are likable and relatable, but want makes it lose two stars is the fact that it abruptly ends with no closure for anything. You don’t find out anything that makes the story so exciting. It’s a good 30minute to an hour read and not much else because of the abrupt ending. No point in paying for the 2.99 no ads because you don’t run into any until you finish the story. And then if you want to do something difference wait the 20 minutes cool down and then start over. If this story continued or this was just the first part of a multipart series that releases like a comic it would be well worth 5 stars but the way it is now it’s 3/5 stars.

I love it, but I wish it was a lot longer and you could get 6/6 in more than just one group of events before it ends.

I played the free version of this app, and thought “This is good and very promising. I’ll get the paid version”. Turns out the paid version is the same as the free version: short and incomplete. Not sure if the creators have yet to expand on it or they just abandoned this project entirely. Either way, save your money until they fix this glaring problem.

The writing is extremely simple and overly concise. Short, seemingly unfinished scenes are strung together in a style closer to a sketch than a full-blown narrative.

As soon as I started to get hooked it ended so quickly?

For a supernatural story it was quite boring. I had no interest whatsoever in what was happening and I skipped quickly hoping this was all building up to something interesting - only for it to end abruptly. Was this all about some party?! All my choices were irrelevant because it was all going to end in who I got as a date?!

As with their game “The Elemental Saga,” the game designers’ concept is great, I love the thought of a playable book with alternate stories, but they desperately needed to work with a professional editor before releasing this. The writing is clunky and tone deaf, almost like it’s not written by a human being, but by a robot trying to approximate the English language. I don’t at all recommend this for that reason.

Just as I started to get hooked into the story the game just ended out of no where... you don't get to pick a person to go to the party and it ends like a week before Halloween!? You don't find out what happens to the killer and it seems pointless to do anything at the lodge cause you don't even do any sort of hunting with them. You just go there and train. Also it shows there's 6 different events with a few different characters and I only managed to do 1 on 3 different ones...? I have no idea if I messed up or if that's just the end??

It was a pretty good story for the most part. The killer fashion was kinda creepy to read at night which I do. The only bad things was the ending. The whole story didn't matter in the end

I really liked this game, it was long, had an interesting story, it was fun meeting people, and growing yourself, but then none of that means anything in the end, which was literally "Who do you want to take with you?" "Nobody" "HOPE YOU HAD FUN PLAYING SEE YA LATER"

While the premise is good, the level up of the stats and "date" take so long that you have to hyper focus and even then the game wont let you get to a lvl 6 with any of the characters. Which is the whole point for the date to the halloween dance. There is the abrupt end. I mean its fine but not really worth paying for atm at least until theres at least a resolved chapter or something.

I wonder if the game is supposed to end abruptly, or did I do something wrong? I never died, and did the Matthew storyline, he went to the Halloween party and then suddenly the game ended. What? There's no plot whatsoever, apparently. What happened with the killer? Who is the killer and why is he targeting children? Lord whatshisface seems like he knows something. Is there a second part? Will they release an update? Also, a tiny thing: I bought the cool outfit and she wore it, but the status kept saying her style was plain. Also, she kept exercising and suddenly the fitness slot was blank.

Beside the gramaticle errors the story was very meh. Most of the time you are reading a book or working out which I don’t even know what it is fore since you are able to finish the game without doing any of that.

The Writting was good but, to me the story felt unfinished, it could lead to sequel, which would be great.

The writing is stilted, the story cliche, and the choices non-existent. Choice Games will publish anything that's submitted because people keep buying everything and this is a prime example. If the author wanted to write a first-person vampire story they should have just done that, instead of throwing in the occasional "choice" and calling it a game. The writing is for the most part technically correct but at only the most basic, boring level. It feels awkward, as if english isn't their first language. If that's the case, fine, but hire an editor and maybe the company should enact some sort of quality control.

I study English Lit, so it's the little things that bother me with these stories. Please note that I never finished the story itself, so I have no idea as to the quality of the plot itself. I'm sure it's fine. However, I could not make it far before having to stop because of the grammatical errors and the poor spelling. "Time past" and "time passed" have two *very* different meanings. All I can say is: Please. Hire an editor.