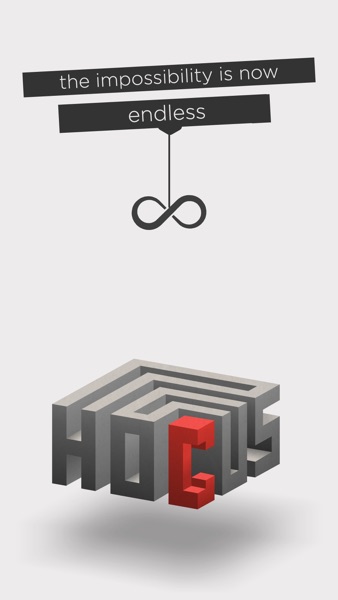 Let artificial intelligence design new levels for you. You can even get help from her if you get stuck.

So you basically removed pocus from the AppStore and put back the same thing with a different title on it as puzzlement?

About a week ago the game stopped responding with "Check your internet connection" message. There is nothing wrong with my connection, thank you! Seems the game server is offline. Anybody can play?

Bad. That's all. It was basically Monuments Valley but without the gorgeous scenery, and more confusing game physics. It's unoriginal, without the fun gameplay as its counterpart. Highly disappointed.

19 is impossible to people

Apple you already had this as a free app. Choose something new!

What what I don't understand why you are making this game free month after Starbucks made this a free game - Apple this is an embarrassment.

Unresponsive and boring aren't two qualities you show have in your game. I get they were going for something like monument valley but failed terribly. If you're looking at this comment please take this message into consideration and DON'T WASTE YOUR TIME WITH THIS GAME!!!

I played this game for about and hour and hit level 50. The games physics however don't make sense because sometimes you can go through walls sometimes you can't that's the major problem it's a game of maze in the dark basically bc you don't know if you can cut under a path or not ever

Involves little to no thanking to play it

Paid for app, worked for a few months. Now it won't load.

I was excited to get this game at first, but after completing 3 levels it all got the same.